Should You Consider Groupon for Laser Hair Removal?

It is that simple.

This answer is nearly unanimous from research about Groupon and their dissatisfied laser hair removal customers. You might as well take that 59% off colon hydrotherapy on Yipit while you’re at it. That’s because you’ll get two rectal enemas for one. How’s that for a BOGO free?

In addition, medi spas which will definitely try to up sell you for more laser hair removal treatments and other aesthetic services. That’s guaranteed!

Because they have to make up that severe discount to be profitable in the end.

Groupon forces the owner to deeply discount their laser hair removal services. Of the minuscule amount that is left, Groupon takes 50% of that.

Because lasers are so expensive to buy, operate and maintain, you will be harassed and hassled to make up the difference that the owner has given away. Usually that leads to embarrassment, frustration and intimidation. That can vary from subtle persuasion to the laser center and operators being downright pushy and mean if you don’t sign up for more at full price.

They depend on you becoming a repeat customer at full price at all costs. That results in dissatisfied customers.

Is that what you want to be?

However, no one who has received a deep discount will return and pay full price for a luxury service. It also requires a person with disposable income.

The Evolution and History of Groupon

To learn the truth, we must uncover the underlying history and culture of Groupon as a company.

Their IPO was offered on Nov 11, 2011.  On this date, Groupon had a huge advantage.  It was already a household name. Millions of people had already purchased a Groupon offer. It was once billed as “the fastest growing company ever” by Forbes magazine. It has since fallen from grace.

However, Groupon has never had a stellar reputation. Alleged creative and dodgy accounting methods have plagued the company since it went public. Its history is one of corporate greed and arrogance according to Forbes magazine.

Problems with the company’s values became apparent very quickly. Of over a billion dollars of seed money, which was raised through venture funding, most of that money went to insiders. Only a small amount went to the company itself according to CBS.com.

These insiders were amassing fortunes while Groupon itself was losing money and running low on cash, according to a report by the site, Business Insider.

That’s sort of how Groupon runs its operations now. Gouge the owners and Groupon takes the profit. No surprises there. Groupon is no bargain for business owners.

The stock took its greatest hit throughout 2012 from which it has never recovered. The reason was discretionary luxury items; especially laser hair removal was hard hit.

Although it is an internet company, the idea of being a coupon company taken to the next level never came to fruition. Its first CEO chugged beer at meetings and did silly things like being filmed with a cat on his head. He was soon fired for being a buffoon.

Groupon is no Google.  Google bases its business model on improving the user’s experience. That means finding answers to what you want to know as quickly and completely as possible. Groupon is out for itself. It has no underlying greater purpose.

Better-quality medical offices and brands don’t have to put up with giving away their services through deceitful coupons.

In our opinion, businesses that offer Groupons are either starting up, desperate or just plain hard up. Some laser offices will do anything for any business at all. They need to get traffic in the door at any cost. For most businesses, the daily deal signals the start of their death march.

If laser hair removal patients don’t sign up for more treatments at the regular price, some laser places lie to the Grouponers that the laser machines are broken.

Some become rude hoping to dissuade you from returning. Others offer poor laser service or make you wait longer than you would normally. Some simply stop honoring their coupons when they learn how costly it is for their business.

Would Mercedes, Louis Vuitton, Nordstrom, Starbucks, or any other high-end vendor consider giving away their goods or services as is required by Groupon?

Their business model promotes return business whereas Groupon promotes the lowest price at the expense of loyalty. Great restaurants have long lines, require reservations far in advance and sometimes have to turn people away that they cannot accommodate because they are so busy.

How Do Laser Hair Removal Employees Feel About Groupon Customers?

From my research, I have read that employees perceive that Groupon customers:

In other words, many employees feel that people who use Groupon are like pond scum. Do you want to be treated like that? That being said, look at the employees facial expression change when you hand over that coupon. Wait to see what happens to you next.

Who doesn’t want a deal?

However, Groupon deals come at a price. That discounted price often includes poor service, frustration, hassle, limited choices and wasted time. These are not uncommon experiences. The internet is full of tales of woe from unhappy Groupon laser hair removal customers.

Use Groupon for laser hair removal at your own risk. There are reports that unethical laser centers will turn down their lasers so that they don’t work for patrons who use Groupon. They have to return for twice as many treatments at the regular cost. This is potentially dangerous to your health.

That is also considerable waste of your time and money.

At least it’s not as bad as having a bad doctor and a fatal illness.

For the best laser hair removal in Pittsburgh with the longest experience, come to our office. Call us at 724-969-0600 or click here to learn more.

Botched Laser Hair Removal Lawsuits Are on the Rise 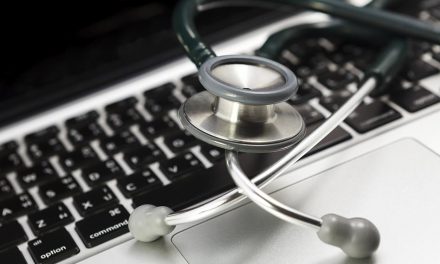 Why You Shouldn’t Do At-Home Laser Hair Removal