In marketing research, people in the North Hills of Pittsburgh are in a higher economic demographic.

That means the average income is significantly higher in the North Hills than in the other suburbs of Pittsburgh.

They know that they can charge higher prices for laser hair removal in the North Hills.

They also know that higher prices and selling their expensive prepaid packages for laser hair removal would be more acceptable for the families in the North Hills who have a higher median income.

However, the truth is that the top laser hair removal office in Pittsburgh which has the highest reviews and has the longest experience doing laser hair removal is located in Dr. Happel’s South Hills private laser medical office.

It’s less than a twenty-minute drive from the North Hills via Rte. 79 South.

The rewards of that short drive are well worth it.

Not only will you save thousands of dollars vs. the national laser chains but you will be in expert medical hands in a doctor’s office that has been performing laser hair removal longer than anyone else in Pittsburgh.

This is what a patient of ours had to say on a Superpages review for Happel Laser,

I went to Happel Laser for hair hair removal for a second opinion after I had gone to a place that kept advertising on the radio every day. At the first place the y pushed me hard to sign up for 9 laser treatments that day but I told them that I had to think about it first. Thank God! At Happel laser there was no hard sell. They were so nice, the results were great and it’s the best thing I ever did for myself. Really. They didn’t ask me to sign an expensive contract I couldn’t afford. At Happel they were so professional and best of all my hair is gone. No more plucking and shaving. kudos to Cindy and the great staff who worked the appointments in around my schedule. Check them out before you sign anything. I found them from their recommendations on the Internet. Best of all the laser treatments are done in a doctors office not a random spa or a laser business that made me feel more comfortable compared to the laser place that always advertises.

You won’t be switched from the next available technician on the day of your treatment who may be a beginner and still learning.

Read these 5 secrets to avoid being cheated when getting laser hair removal.

Here are 5 more tips to keep in mind when choosing a laser office for hair removal.

#1 Laser Hair Removal as an Investment

Looking for affordable laser hair removal is not just about the sale’s pitch, the radio ads, and the fake deals that are offered in the med spas and national chains.

It’s also about the value.

Value is rarely discussed when talking about the overall cost of laser hair removal.

It’s an investment like buying mutual funds, bonds or saving for college or retirement.

Thus, laser hair removal is an investment in both your time and money.

The laser that is used also makes a huge difference.

Understand and compare the different types of lasers that are used for hair removal.

The total cost of laser hair removal can be easily manipulated.

Don’t be a sucker for fake deals, fake discounts, fake guarantees, and fake “free” treatments which are all part of the sale’s pitch.

Those freebies in reality will cost you literally thousands of dollars more than it would have if you just went to a doctor’s office for laser hair removal.

After they front-load the price, they try to coax you along saying that you will get something free – like “free” underarm treatments.

You’ve probably or seen their “70% Off” the total cost ad.

A wise customer of ours once said, I always do my research and steer clear of “deals.”

Med spas and laser franchises in the North Hills are notorious for pushing expensive packages “deals”.

To be sure if you are getting a good deal, you need to know a few things.

They never tell you the price on the phone so they can get you into their office to work you over on the cost.

First, what is the real starting price?

This is why all of the North Hills laser businesses don’t tell you their prices on the phone or post their pricing.

It allows them to play games with the numbers.

Did you ever notice that they mention the per cent off but never the price in the radio ads?

They inflate their prices for their service showing a bigger discount which makes the deal seem better.

They all make you sign a contract forcing you to come back.

That should be illegal.

Once you commit to them by signing for services that you are to receive in the future, you are legally obligated to complete the package whether it works or not – whether you like it or not.

You’ve signed a legal contract that keeps you coming back.

In the South Hills, at Dr. Happel’s medical office, there are no contracts.

Contracts for medical services aren’t professional and are sleazy.

Instead, at Happel Laser, by paying for only what you need, you will save money.

Patients compared Happel Laser to Ideal Image in these reviews.

Med spas and laser franchises like Ideal Image and Laser Rx are businesses.

Ideal Image’s first loyalty is to their stockholders.

Their mission is to maximize laser hair removal profits as seen in this article in the New York Times about their hidden costs.

On the other hand, a doctor’s office is a medical practice that operates under a code of ethics, the Hippocratic oath, and has accountabilities to state medical boards that doesn’t exist in the business world.

When you are treated in a doctor’s office, you are a patient.

The doctor-patient relationship supersedes your role as just a client or a customer at the other places.

Your information at a doctor’s office is protected by HIPA law and your confidentiality and privacy is sacred.

Lasers were designed for use by physician for medical use but have been subjugated for profit by businesses as gimmicks to give them the maximum revenue.

Doctors are educators who help interpret the barrage of medical news and advertising that we are all bombarded with daily.

Continuing medical education as well as training for years also helps to differentiate doctors from the businesses that exploit lasers for pure profit.

Check to see if that North Hills laser hair removal office/spa is just trying to appear as a medical facility.

Make sure the doctor is actually on site during your laser procedure.

You can find out on your initial consultation by asking to see the doctor.

If they’re not there, you should do a quick about-face and head for the door.

If you had a complication like a burn from laser hair removal, where would you go?

To a doctor, right?

Also remember not to go on cheap dates with spas and other places that offer unbelievably low prices and Groupons for laser hair removal.

If it seems too good to be true, there’s a reason. 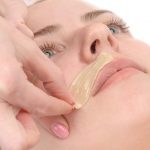 In the North Hills, a number of places offer waxing.

These include the European Wax Center and many salons.

In the movie, the 40-year-old virgin, do you remember when Steve Carell got his chest waxed and immediately screamed in agony?

That was real blood dripping from his hair follicles.

Some people still choose waxing over shaving because the common perception is that it’s cheaper.

Patrons have commented that they “would rather light themselves on fire” than let these waxing places touch them again. They complained about them leaving wax in their private parts, being embarrassed, and about the poor customer service.

The worst part for many is that the hair grows right back which is not the case for laser hair removal when done at the recommended intervals.

Moreover, most people don’t have to deal with hair removal once you’ve completed your treatments except for an occasional maintenance treatment to clean up the fine hair stragglers.

With laser, hair follicles are destroyed in the process. Therefore, you never have to ever experience painful ingrown hairs caused by shaving and waxing.

On top of that, as these hair removal methods also break hairs rather than pulling them from the roots, they damage them in the process.

More often than not, these damaged hairs will grow in sideways or downwards, resulting in the red, swollen bumps which are ingrown hairs.

Stubble from waxing on your bikini line, underarms, face, or legs is a major distraction.

Another advantage of laser over waxing is that laser improves the appearance, the texture and the feel of your skin.

It becomes sexy and smooth as a proverbial baby’s bottom.

Think of all of the things you can do with the free time that you can save not wasting going to your wax salon each weekend.

Lasering vs. waxing is a no brainer.

In the North Hills of Pittsburgh, free demos aren’t on the menu

Be a savvy laser hair removal consumer when you are ready to call for your free consultation.

Do they offer a free demonstration?

Not in the North Hills of Pittsburgh.

Their bonuses depend on it.

“Be backs” are the bane of the franchise business-oriented places for laser hair removal.

If you say that you want to think about it after a hard sales pitch, you can guarantee that you’ll be barraged with emails and phone calls offering even more discounts.

At Happel Laser in the South Hills, we will let you see how it feels so you can see your results before you commit yourself.

As a medical practice, there is no hard sell.

We encourage you to ask all of your questions about our experience, reputation, and evaluate the clinic as a whole. Ask a lot of questions and take notes.

Think about it because we want you to be completely comfortable with your choice.

Above all, for your safety and to optimize your results, make sure the doctor is on-site for all of your treatments.

The North Hills and the South Hills of Pittsburgh (Happel Laser) have completely different approaches towards laser hair removal.

At Happel Laser in the South Hills, we stress safety, having a doctor in the office to supervise all treatments at all times, no binding contracts or high-pressure tactics, and a medical approach.

You can enjoy the benefits of being treated like a medical patient and not a business client or a customer.

Enquire about our reputation as a leader in the medical community and look at our internet reviews.

To learn more, review our articles on our website to learn how we operate and differentiate ourselves from other nonmedical laser hair removal offices.

We look forwarding to welcoming you to our medical practice.

Call our friendly nurse manager, Niki, today at 724-969-0600 to make an appointment for a free demonstration and a free consultation.

Laser Hair Removal Cost: Is it Worth It?

The Truth about Laser Hair Removal for Teens 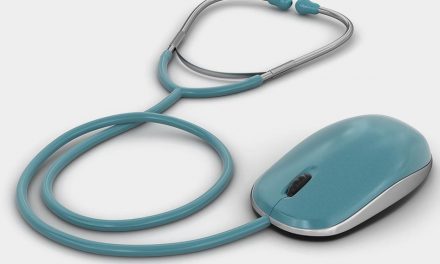