Botched Laser Hair Removal Lawsuits Are on the Rise

The confusing issue is that a medical device is being used for cosmetic purposes to remove hair. Because lasers are loosely regulated or totally unregulated in many states, you are taking your chances having a laser procedure outside of a doctor’s office.

A common misconception is that lasers are like a magic wand. They can treat a multitude of your cosmetic concerns. People often don’t even think of the risks when they have procedures done.  If the place that you visit for your initial consultation doesn’t verbally state the risks, you don’t consider them before signing up.

Common sense is not so common.

In the wrong hands, a laser can cause damage. An ounce of prevention – you know the rest. Once the damage is done, the die has been set. That’s a bell you don’t unring. You get the picture.

Medi spas and laser places are popping up everywhere. They are as popular as Starbucks, Taco Bell, Home Depot, Chipotle, and all the usual hamburger chains.

Lawsuits related to injuries from done between 1999 to 2012 involving non-physicians rose from 36.3 percent in 2008 to 77.8 percent in 2011. Laser hair removal was the most commonly performed laser procedure in these lawsuits.

Dr. Matthew Avram MD is the director of the Massachusetts General Hospital Laser Dermatology and cosmetic center. He told the New York Times, “Some states are legislating and protecting patients, but a great many are not. It’s basically the Wild West of medicine.”

In this laser hair removal article from the New York Times …

Dr. Tina Alster, one of the world’s experts in laser treatments, said, “There’s a perception by the public that anyone can do it. People need to remember it’s not the laser doing the treatment, it’s the operator”

There is a Great Demand for Laser Hair Removal Procedures

To meet this demand, laser is often performed outside of a doctor’s office. These procedures are not supervised. Let that sink in for a while. They are not done in medical facilities. They are not being done in a traditional medical setting.

In an article in USA Today, the author titled their article “The Risk of a Botched Laser Job Runs High” Two people have died when using medicine in preparing for laser hair removal procedures. Medical professional say that many incidents are unreported.

These laser procedures should only be done by appropriately trained personnel with a physician on site or immediately available.

So how do you protect yourself in a field that is largely totally unregulated?

Do not assume anything.

It seems that in our area most laser technicians have had a few days training with a crash course given by the laser maker. Then the person receives a “diploma” to show for it. That usually includes a laser safety course. Some laser physics are thrown in for a few hours. Usually there is no testing at all. Training consists of watching another technician who has been treating patients for a while.

No wonder laser hair removal lawsuits are on the rise.

Don’t you want to feel safe when you have your laser hair removal procedure done?

Additionally, don’t you want to know that they used the right kind of laser at just the right settings so that it works? Too low of a setting will result in less hair removal than what you expect.

Safely using a laser is a developed skill that takes years to learn. Experience counts a lot. To obtain that degree of expertise, an internship or apprenticeship period must take place.

Lasers are not like point and shoot cameras. There is a multitude of different laser settings. These settings must be individualized for each person and each skin type. What works well for one person can cause hyperpigmentation and scarring for another.

In reality, your local butcher or hair stylist can fulfill these basic requirements in a few days. Afterwards, they can legally be let loose on an unsuspecting public. There are no regulations in our state to regulate the use of lasers.

That is very scary. Most people assume that there is some governmental organization or consumer protection agency to watch out for their safety.

There is no agency or consumer advocate group protecting you when you have laser hair removal performed.

This is similar to the sound of one hand clapping. There is no sound. Nothing.  Similarly, there is no one who “has your back” when you have a laser procedure done outside of doctor’s office. In fact, if you have a complication from a laser in these kinds of places – Where do you go?

“The trust of the innocent is the liar’s most useful tool.”

Lawsuits are rising against laser hair removal facilities. The regulation of laser safety is left up to the individual state where you preside. Don’t assume that the person operating a laser on you has the proper training and experience.

This is not fair especially if you’ve been burned, scarred, disfigured, or just had poor results. Expecting the world to be fair is like expecting a raging bull not to charge you because you don’t eat meat.

A single skin burn from a laser is a tragedy. A thousand burns are statistics. Don’t be a statistic.

Your best chance of getting the result that you want is by going to a doctor’s office where the doctor is on site.

How Do I Find the Best Facial Laser Hair Removal in Pittsburgh? 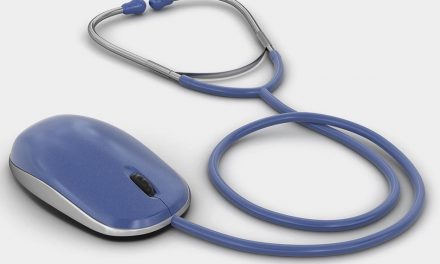