A grateful patient sent the following story to us. She asked that we publish it so others could learn of her experience.

This is my true-life story of my experiences with laser hair removal right here in Pittsburgh.

I actually came to Pittsburgh because of my job. My journey into laser hair removal began a few years ago. Thanks to my Italian heritage, my dark hair has always embarrassed me where I didn’t want it to be.

By listening to all the ads on the radio, I noticed they were making a lot of promises.  A lot of the local celebrities were really pushing these big chains like Ideal Image and Premier Laser Spa.

It sounded exciting and they promised thousands of dollars off and guaranteed results so I went to a few companies but found that nobody would do a demo on me. I didn’t know it was even possible back then.

I thought about trying Groupon hoping to save some money but read about horrible experiences … up selling and people who were made to feel like second class citizens and were always waiting for their appointment.

I took the plunge into this laser hair removal adventure after I listened to the persistent radio ads and went in for a consultation at a laser chain office.

After all the deals were figured in, it was so expensive. All they really wanted was for me to sign the papers that they kept shoving in front of me that day. That was the hardest sell that I ever experienced.

So I just kinda took their word for it they were when they went over pricing they wanted you to buy packages. I didn’t know that that’s not necessarily, what you have to do.

But back then I didn’t know these things. I decided to go with a major chain. But I got locked into a contract. At that time, I did not realize that I need did not need nine treatments.

Unfortunately, you don’t get your money back and you’re not allowed to transfer those extra treatments to another body part so I was stuck.

I wanted to get my upper lip, my underarms and my bikini done but again was told I had to buy more packages.

That caused me to step back and look closer at the whole laser industry in Pittsburgh.

Finally, I did some serious investigation. I read about the horrible reputations of these big franchises.

When I researched it, I found there’s quite a lot of difference between laser offices, lasers, and different machines that aren’t actually lasers but are advertised as lasers.

There are diodes lasers, BBL’s, IPLs, and Alexandrite lasers. I learned that the results from Intense Pulsed Light machines weren’t as good as real lasers. But a lot of places were advertising them as lasers.

By word-of-mouth, I heard about Happel Laser center. When I went to Happel Laser, I was actually able to get a demo that was different from any other place that I had been before that. That made me feel comfortable.

Cindy is the laser specialist. I like that she is the only laser specialist that I see and am not switched from tech to tech each time I come. I am very comfortable with her.

She is knowledgeable and experienced and put me at ease the minute I met her. I just knew that I was in expert hands. My fears and nervousness dissolved after my test demo. I knew exactly what to expect and that old fear of the unknown was gone.

I was ready for my treatments.

I was very pleased that no numbing creams were necessary. Their laser shoots a freezing spray of air right before the laser zap that cools the skin. It’s very tolerable and very quick. I’m in and out. It took two weeks like clockwork for the hair to start falling out, just like they told me it would.

I found that at Happel Laser, you’re not locked into contracts. They don’t force her into signing package deals like the other places do. It’s done in a doctor’s office so I felt safer.

They have a real laser, the Alexandrite, which is target specific for hair removal. I looked into the law and found that lasers are unregulated in Pennsylvania. I read about horror stories of people losing thousands of dollars after the chain went bankrupt. And there were no doctors in the offices where there were stories of burns and scars from the laser. That’s scary!

Now I realize that there is a big difference in equipment between the different laser offices.

At Happel, they really explained things to me. I didn’t feel like I was getting the hard sell like at the other place.

Since it’s done in a doctor’s office, I know and can see it’s very clean. The staff is super friendly and I rarely have to wait for an appointment.

I know I’ll need some occasional touch ups to pick up a few stragglers. I’ve already noticed that the small amount of hair that does grow back is much finer and lighter. Pop up now and then and hope that this will encourage those who are on the fence.

But the best part of all was that I didn’t have to commit thousands of dollars into a contract. I wasn’t locked in. I could come and go and have treatments, as I needed them.

And the best part is that I’m saving lots of money compared to those super expensive packages at the chains. Compare costs. Happel Laser also runs regular promotions to the established customers as well as the new ones.

I would encourage people to look really closely at the laws and these companies before you jump in. See what kind of experience these technicians have, how long they’ve really been in business at that particular location and really do some serious investigation first.

Am I pleased with my LHR experience?

It literally changed my life.

I am loving the results!

I don’t waste time in the morning shaving, my skin is sooooo smooth and my husband loves it.

It’s pure bliss to not have to shave all the time or go in for those torture chamber waxing sessions.

It has even improved my sex life and my self-confidence wearing a bikini. I can’t tell you how happy I am.

I definitely got my money’s worth and would highly recommend Happel laser to anyone.

Thank you so much!

How Do I Find the Best Facial Laser Hair Removal in Pittsburgh? 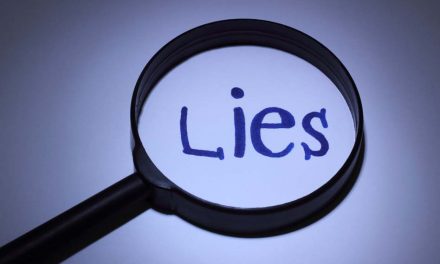