First of all, don’t choose a med spa for laser hair removal in Pittsburgh!

Why not just go to a med spa for laser treatments?

You need to choose a facility where there is a doctor who has trained in lasers. Medical doctors who are properly trained have true perspective. That means that they have experience in treating thousands of patients and have literally seen it all. 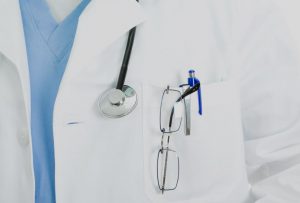 The doctor must be on-site for all of your laser hair removal treatments in case any questions arise or problems occur. An analogy is the nurse anesthetists and the doctor anesthesiology team who cares for you while you have surgery. The doctor anesthesiologist assists during critical points of your procedure and is there should the need arise.

When laser hair removal is performed, the doctor must be available to assist when the need arises.

You would not want that doctor to be in another state or office should they be needed at a minute’s notice.

Through training and experience, the doctor/laser specialist team already knows which laser, which laser settings, and treatment intervals will maximize your results and minimize you risks.

A medical history that may suggest polycystic ovarian disease or hormonal imbalance should be reviewed by the physician. A medication history is also critical. Light sensitive medications need to be examined and reviewed before laser (light) treatments are begun.

Through experience, laser doctors know what laser treatment settings work and discover what doesn’t depending on your skin type and hair color.

Our laser medical knowledge and expertise embodies not just that of one doctor but of countless numbers of doctors. This knowledge comes from a collection of many physicians’ experience using lasers and practicing across the country over decades.

Just because the laser is being used for aesthetic purposes, it still is a medical device. When you are having a facial or manicure at a med spa, often the esthetician will cross-sell injectables or laser treatments.

If you agree, you have crossed the line from being a client or customer to becoming a patient.

Beware of the people in white coats and scrub suits at med spa who give you the appearance of that being a medical facility. That is a façade.

You may not be aware of that fact since you are not leaving that establishment and going to a separate laser facility. It’s a subtle change. That’s why most people don’t take it seriously enough until there is a problem. 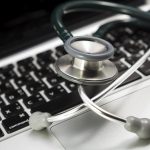 If you developed a medical complication like a burn from laser hair removal done at a random med spa, where would you go to get help?

To a medical doctor, right?

Then why not start your laser hair removal experience in the safety of a doctor’s office in the first place?

A physician’s knowledge and experience plays a key role in the success of your laser hair removal treatments.

That judgement is priceless.

When profit is the prime reason to practice, ethics can take a back seat. That is the reason that people “in-the-know”, nurses and other health care professionals choose a doctor’s office instead of a med spa for their laser hair removal.

It has been reported that some unethical med spas turn the laser energy down during the treatments. That makes more treatments necessary which increases their bottom line. Some med spas use lasers that are not specialized for hair removal so that it can be used for other types of aesthetic treatments like spider veins and removal of brown spots.

Other med spas use the wrong type of laser which is called intense pulsed light. That isn’t even a laser at all. Intense pulsed light is not as effective as a true laser and has a higher rate of complications.

To be safe, choose a respected and well established doctor’s office for your laser hair removal needs. Reputation is often a result of the number of years at the same location. Doctors in the area refer patients to them.

Costs of Laser Hair Removal and Marketing at Med Spas

At a doctor’s office, there are no sales team or marketing professionals. There should not be any contracts for you to sign. Did you ever sign a contract for a medical procedure?

Does that even sound right to you?

Contracts are the norm at med spas.

It’s difficult to compare the cost of laser hair removal at different laser facilities in Pittsburgh.

Beware of fake 70% off discounts, guarantees (in medicine no respectable doctor can guarantee results) or coupons for medical procedures (Groupons). Med spas are notorious for offering Groupons for hair removal.

People state in reviews that the consultation at med spas are a big marketing scheme. Some offer VIP, platinum, and gold plans to entice you to commit more money, satisfied or not.

When they push credit cards on you for those specials, you know you’re walking into a trap.

When they start throwing lots of papers and contracts at you that you’re asked to sign on the spot, that’s a problem. Did you ever imagine that you would ever need a lawyer when signing one of these contracts?

Laser hair removal at med spas cost more because they push packages – hard. That’s because they make more money by selling packages. Even if you are not 100% satisfied, you have to keep coming back.

The following review is the perfect example of how our office differs from the “fraudulent medical professionals” at these kinds of places.

Lasers have gone wild in Pittsburgh.

You see them everywhere.

They’re in beauty and nail salons, chiropractor’s offices, med spas and at laser franchises that advertise all of the time.

Where can you go to for the real deal?

At Happel Laser, we believe in full transparency.

That means the truth.

You need someone you can trust like a respected physician in the community who has been in practice for over thirty years.

Not a sketchy med spa place that could fold up their tent leaving you in the lurch.

Medical doctors with laser training have had experience prescribing laser treatments to many people and observing the effects over extended periods of time.

They can deliver the results you want at an affordable price.

Choose a true laser hair removal doctor’s office (not a med spa) that is dependable and safe.

We have been voted the best laser hair removal repeatedly in Pittsburgh for good reason. 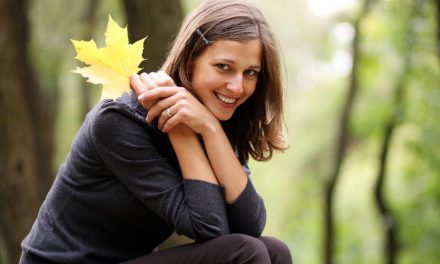 The Truth about Laser Hair Removal for Teens